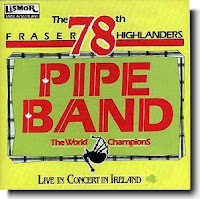 I can customize my performance to meet your needs. With over a decade of experience as one of Utah's leading bagpipers, you can be assured that I will handle your event with professionalism.