In the preparation lies the success... 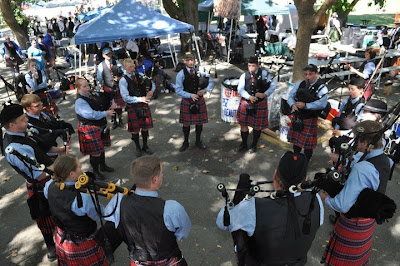 Another great season of piping has come and gone and the winter season is upon us. For many pipers, the summer was full of long hours hard practicing and many weekends full of performances, parades, travel, and competitions.

Although very rewarding, it's easy to get burned out after such a taxing schedule. It is natural to let up on the playing for a bit after such a long season. Remember, however, that the offseason is the most important time of the year for a piper who wishes to progress. Use this time to reflect on your progression as a player and to set goals for the upcoming year. Don't let your pipe box collect dust. If you don't play your pipes regularly you will risk taking a step back. Instead, carry the momentum you have achieved forward into the new year.

Here are a couple suggestions for the off season:

Play your pipes as often as possible. The practice chanter has its place, but I don't recall the last time I performed with one. You worked hard over the summer to feel comfortable playing for long periods of time, that hard work can be lost in as little as two weeks without playing. Keep it up!

Go back to basics. Have any bits of technique been getting you down? Now is a great time to pull out "Rhythmic Fingerwork" and hammer out these bits so they don't get in the way of your music.

These investments now will pay great dividends next spring and summer. Keep up the good work!
Posted by John Miner at 10:21 PM No comments:
Email ThisBlogThis!Share to TwitterShare to FacebookShare to Pinterest 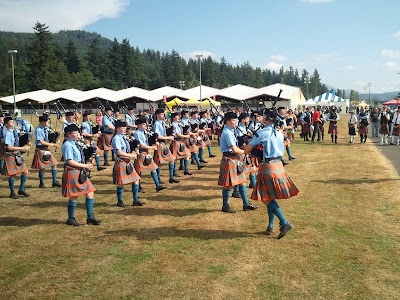 We have the rare treat as pipers to be able to rub shoulders with the very best in the world and this weekend was no exception. The playing was an extremely high caliber and several performances will certainly leave a lasting impact on me as I continue to strive to be a better player.
Posted by John Miner at 1:04 PM No comments:
Email ThisBlogThis!Share to TwitterShare to FacebookShare to Pinterest

The Competition Season is Upon Us! 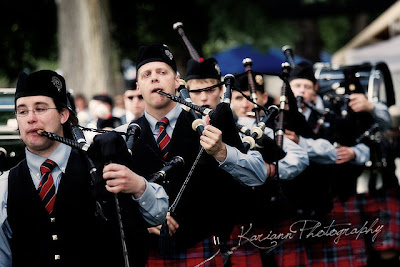 The competition season has been underway for some time now and is just beginning to heat up. I would like to congratulate all the bands in Utah for their hard work and dedication. That hard work is really paying off and the standard of playing is rising in our area.

This year, in addition to playing with the Mt. Timpanogos Pipe Band, I have had the great pleasure of playing with the Wasatch and District Pipe Band (grade 3). The band is sounding great and it’s very rewarding to experience the fruit of all the hard work and practice. After several preliminary competitions in Utah and Las Vegas, the competition really starts to heat up as we will be heading to Enumclaw, WA and then to Pleasanton, CA to conclude the competitive year. The band is looking forward to the challenge.

As you reflect upon the season, remember, no matter what the results of your band or solo competitions, be humble, gracious, and enjoy the experience. We all have good days and bad days. I’ve been on both sides of the spectrum many times and it’s easy to have a poor attitude. We represent a great tradition and I believe that it’s important to show respect for our craft by acting gracefully in winning and defeat. Always try to learn something valuable, and most of all, have fun!
Posted by John Miner at 1:42 PM 1 comment:
Email ThisBlogThis!Share to TwitterShare to FacebookShare to Pinterest 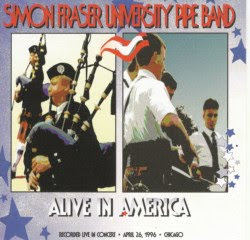 What is your favorite piping album and why?
Posted by John Miner at 5:47 PM 3 comments:
Email ThisBlogThis!Share to TwitterShare to FacebookShare to Pinterest 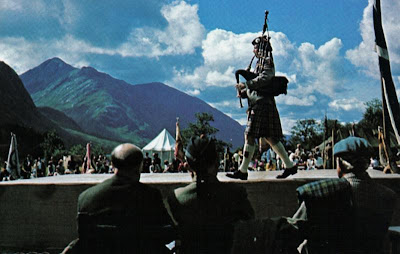 "Always recollect that excellence of any sort is beyond the reach of indolence. If you allow yourself to believe that it is impossible for you to do what you see others perform, your despair will not allow you to succeed... facility will always come with diligence and labor."
-Lt. John McLennan writing to his pupil and son G.S. McLennan, widely regarded as one of the most talented musical prodigies to ever lift a pipe.
Posted by John Miner at 11:39 PM No comments:
Email ThisBlogThis!Share to TwitterShare to FacebookShare to Pinterest 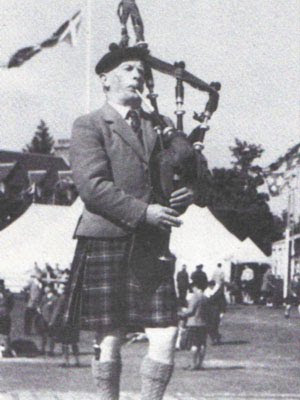 The Utah piobaireachd club recently had its third meeting. The club was formed in order to "advocate and promote scholarship, instruction and inquiry within the form of Highland Bagpipe music known as Piobaireachd, Pibroch, and Ceol Mor."
The first three meetings have been informal gatherings of local piobaireachd enthusiasts. The strucure has been as follows: learn a new tune together on chanters followed by a recitle of tunes on pipes by those who desire to participate. The results have been most enjoyable and informative. If you are interested in attending, follow the club on facebook and its blog page to learn about the next meeting.
utahpibroch.blogspot.com
Posted by John Miner at 8:49 PM No comments:
Email ThisBlogThis!Share to TwitterShare to FacebookShare to Pinterest
Newer Posts Older Posts Home
Subscribe to: Posts (Atom)