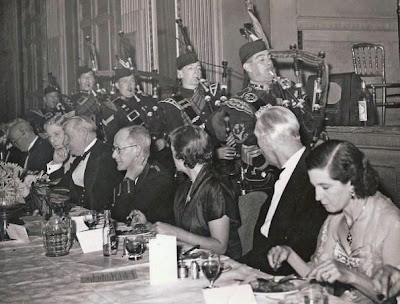 Ok Pipers... How well do you know your piping history?

Can you name any of the piping legends in this photo? Several were among the most prominent piping figures of the 20th century. Hint, not all of them are playing...

Posted by John Miner at 9:47 PM No comments:
Email ThisBlogThis!Share to TwitterShare to FacebookShare to Pinterest 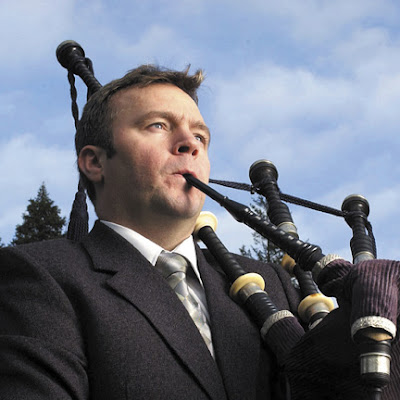 Stuart Liddell continued his stellar competitive 2009 year by winning the Bratach Gorm. Held in London, the Bratach Gorm competition is organized by the Scottish Piping Society of London and is a qualifier for the 2010 Glenfiddich.
Posted by John Miner at 2:40 PM No comments:
Email ThisBlogThis!Share to TwitterShare to FacebookShare to Pinterest 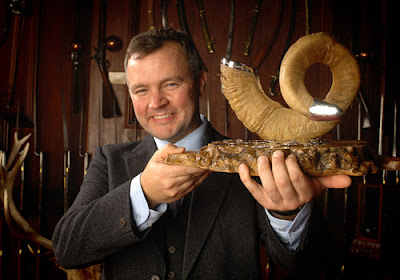 Stuart Liddell has long been one of my favorite pipers. His relaxed, yet deadly accurate execution and tasteful musical arrangements and interpretations coupled with a flawless, sweet pipe has always been a standard by which I have only dreamed of aspiring to. Although Stuart has often been better known for his "kitchenpiping" style of playing, his knowlege and ability of the more traditional disciplines of piobaireachd and MSR playing rank up there with the repected masters of our generation.

Stuart accomplished yet another milestone in his stellar piping career by winning the 2009 Glenfiddich Champion at the Glenfiddich Invitational Solo Piping Championships held at Blair Castle. His first time winning the prize, Liddell concluded an amazing year that included the Northern Meeting Clasp and sweeping every grade two event with the Inveraray & District Pipe Band as Pipe-Major, assuring the bands promotion to grade 1.

Roddy MacLeod of Glasgow won the Piobaireachd event for an record eighth time, with Bruce Gandy of Canada as runner up. Willie McCallum of Bearsden, Scotland, took home the MSR and narrowly missed winning a ninth overall title.
Posted by John Miner at 12:05 AM No comments:
Email ThisBlogThis!Share to TwitterShare to FacebookShare to Pinterest
Newer Posts Older Posts Home
Subscribe to: Posts (Atom)