A Little Piece of Piping Lore 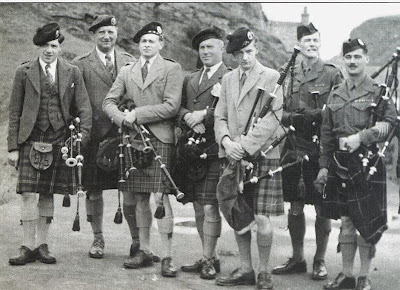 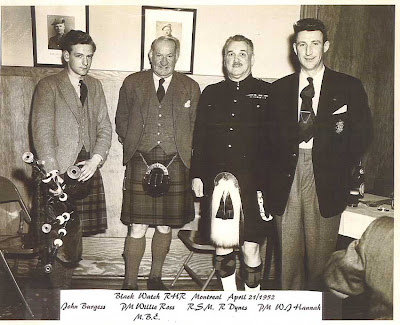 As many of you know by now, I am fascinated with piping history. Here is an interesting little piece. The first picture is of competitors at the Argyllshire Gathering at Oban in 1950. The Skinny, young looking fellow third from the right is the legendary piper John D Burgess at 16 years of age. That year he won the Gold Medal at the Argyllshire Gathering and the Northern Meeting at Inverness on his first attempt, a feat that has gone down in piping lore and is unlikely to be repeated.

The second photo shows Burgess with his mentor and instructor, the great Willie Ross. Burgess and Ross went on a tour of America and Canada where they entertained North American audiences.
Posted by John Miner at 5:55 PM
Email ThisBlogThis!Share to TwitterShare to FacebookShare to Pinterest

Wiltshirepiper offers the bagpiper service for all types of events like piper for wedding & Funerals and many more. Call us 01793 274290 for more information.
Visit:- https://wiltshirepiper.co.uk/
Call:- 01793 274290
Email id:-whiltshire913@gmail.com