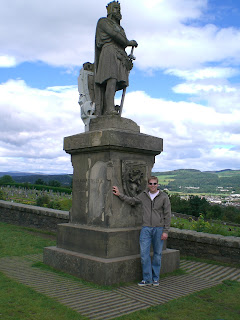 Some time has passed since my last post and the piping season has come to an end. During the last few weeks I’ve had a chance to catch my breath and collect my thoughts on what was truly an epic summer that I will never forget. 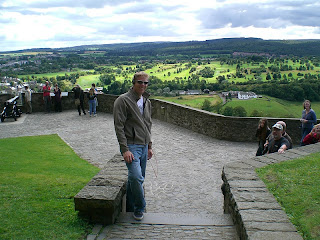 This August I was able to fulfill a dream I’ve had for many years when I traveled to Scotland with the Wasatch & District Pipe Band to compete at the World Pipe Band Championships. To say that this experience was fulfilling would be a huge understatement. Making the pilgrimage to Scotland for the first time and sharing that opportunity with an incredible group of friends and musicians was one the most satisfying and memorable experiences I’ve had as a piper. Great sacrifices, both of time and money were made by so many people to make this trip happen. 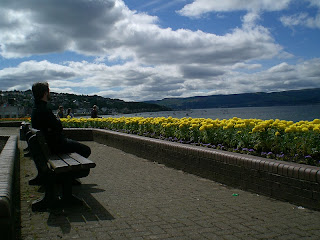 For myself, simply crossing the big pond for the first time was a surreal experience. Although I had prepared myself somewhat to be let down after having spent so many years constructing a slightly romantic vision of Scotland in my head, I must say that I was not disappointed in the least. I loved seeing, touching, and feeling the rich history and heritage which is so interwoven into the fabric of the country. Although somewhat cliché, I felt very much at home during my short stay in Scotland. It was as if my connection to the culture and the people which had developed over the years through my love of its music made my being there seem very natural. My only regret was not being able to stay longer and experience more of what Scotland had to offer and being able to share the experience with Trisha. I can’t wait to return next time with my family! 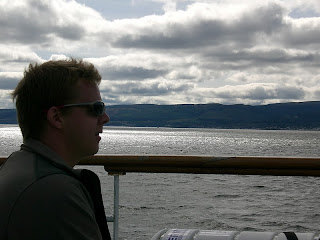 From a piping standpoint, this trip was the culmination of years of hard work, musical progression, and perseverance. After countless hours practicing, rehearsing, and preparing, the payoff was very fulfilling. Stepping off the line at the worlds was something that I’ll never forget. The band rose to the occasion and played extremely well. 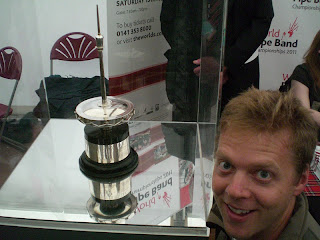 Earlier in the week, our band had the tremendous honor and privilege to share the stage with the then current world champions, the Saint Lawrence O’Toole Pipe Band and the six time world champions Simon Fraser University Pipe Band in front of a huge and appreciative crowd at the Pipes for Peace Concert in Glasgow. Not only did the band play very respectably, but we got several good reviews from highly respected figures in the piping world, in particular, praising our band’s interpretation of the piobaireachd, Mackintosh’s Lament. Not too shabby for a band from Utah! 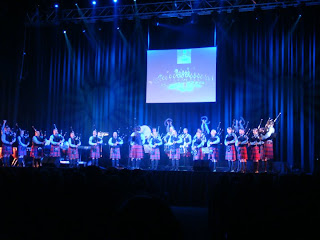 Another highlight for me during my stay in Scotland was being able to rub shoulders with and listen to some of the best pipers in the world every day. During the entire week, the Piping Live international festival featured competitions, recitals, and countless other events that allowed each participant to immerse themselves deeply in the best piping the world has to offer. Among the highlights for me was a recital given by Gordon Walker at the College of Piping. To hear Gordon playing “Lament for the Children” was a real treat I will never forget. I was also able to attend the Silver Cap Competition featuring Willie McCallum, Gordon Walker, Stuart Liddell, Angus McColl, Jamie Troy, and Alex Gandy. World class solo piping at its best! 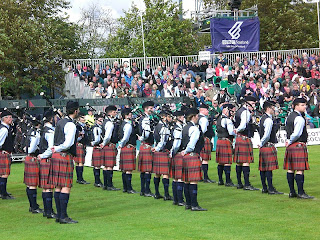 Although the solo piping was outstanding, the week was truly a celebration of the pipe band. In addition to hearing SFU and SLOT at the Pipes for Peace Concert, many other grade one bands performed throughout the week and opened their rehearsals to the public. One of the highlights for me was being able to attend a FMM practice the day before the worlds, which they ended up winning! Wasatch & District Pipe Band was lined up directly behind FMM during the announcement that they had won the worlds. That was another cool moment that will stick with me for a long time. These grade one bands truly are inspirational to listen too. I can’t think of another musical hobby where the average player has so many opportunities to rub shoulders with the best in the world. It really is such a small world wide community that we are lucky enough to be part of. 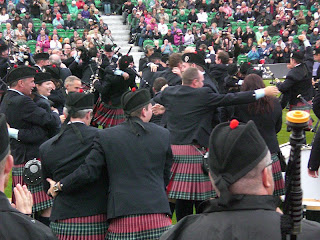 I addition to the piping, we managed to fill the entire week with a lot of travel and sightseeing as well. It truly was an epic trip that I will always look back on as one of the highlights of my life. I wish to thank all the members of the band for their friendship and camaraderie, without which, this entire experience would not have been nearly as fulfilling. The band really has become almost a second family to me. 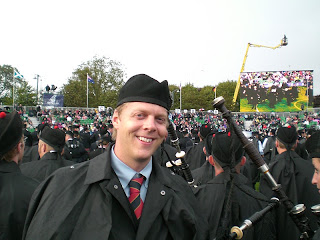 Lastly, after returning home from Scotland, the band turned right around and headed to Pleasanton to complete the season on a high note. Scotland will always be seen as the focal point of the season, but the entire year has been full of memorable and rewarding experiences. The band continues to charge forward and is making great musical strides. Although the season is just concluding, I am already excited with anticipation for next season!
Posted by John Miner at 11:26 PM
Email ThisBlogThis!Share to TwitterShare to FacebookShare to Pinterest

I'm glad I found your blog it looks like a ton of fun :) Ya know, you can turn this hobby/talent into something really beneficial! I'm a
wedding bagpiper and I love my job! So fun and fulfilling!